Press Clipping Service: Now and Then

Press clipping was traditionally the task of agencies to monitor press releases and provide those media releases that were relevant to their clients. Sincemass media was traditionally limited to print media, the monitoring was also limited to print. As radio and television broadcasting was introduced in the 20th century, press clipping service agencies began to expand their services into monitoring the newer medias. This task was facilitated through the development of commercial audio and video tape recording systems in the 1950s to 1960s. As the industry shifted once again in the 1990s with the growth of the Internet, media monitoring agencies had to extend their services to monitoring online information.

Press clipping service agencies provide monitoring for government agencies, corporations, public relations personnel, as well as give other organizations access to news information by the media. Generally, the task is the monitoring of internet, broadcast and print content for any mentions of a keyword and/or topic of interest to the client. The monitoring company will then analyze the data and provide feedback to their client in the form of a press clipping, monitoring reports, and media analysis.

Though the technologies might have changed in the past couple of decades, the use of a press clipping agency has remained throughout it all. Businesses have always needed and wanted to keep track of breaking news surrounding their company, competitors, and their industry. Being able to keep track of all that information helps you design your PR campaigns for maximum impact, develop stronger media relations, and communicate with their clients and customers in the case of a potential crisis or rumor.

Even though the news main outlet is through broadcast media, within the last decade news companies have adapted to online media. Thus, all the information that they broadcast, they also post online on their websites and social medias. In some cases, the news online is generally more detailed and recent. So many press clipping services monitor the social web and listen to all online activity, including news sites and blogs. Through the use of metadata, companies are able to pinpoint the exact articles and posts that relate to their company or industry. They are then able to use that data, whether it’s positive or negative, and use it to their advantage.

Nowadays, companies can set up email alerts, so anytime something is posted using certain keywords or topics, the clients will see it straight away. They can then respond accordingly, or advance their techniques using that information. On top of that, sharing and archiving news articles has never been easier. Once you’ve either been sent an article, or you’ve found one, you can easily share that with your team or manager and discuss possible steps that you can take after that.

PR is constantly evolving as new technologies and techniques are discovered. The same can be said for press clipping services. Through the numerous technologies advances, they have continued to move forward through any major change whilst adapting themselves to better suit that time. 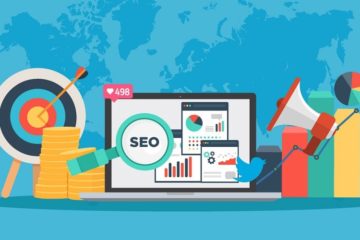 How Technology is giving futuristic meaning to online Rummy