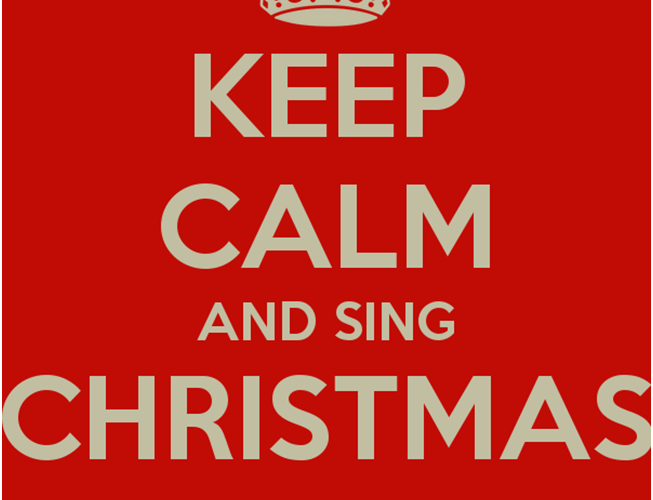 Music PR Tips: How to Make Money From Your Music… Write A Christmas Song!

Every year is the same. Mariah Carey’s ‘All I Want For Christmas’ is on the radio at least twice an hour and your tipsy Aunt somehow knows all the words to ‘Fairytale of New York’ even though she’s already had enough – it baffles you every time Christmas comes around. However, there is a reason for this; writing a quality Christmas song essentially ensures an Artist’s legacy forever. In relative terms, the selection of festive songs in comparison to the rest of the year is minimal (despite nearly every burnt-out act trying their hand at it) and so if you can come up with something special, there’s a strong chance people will be playing your tune for years to come whilst they open their presents and dance around the Christmas tree, if people actually do that. I’m not sure.

But herein lies the problem: naturally, there is a limited amount of material with which one can write a festive song and there’s only so many jingling bells and sleigh-rides one can stomach when you’re battling your way through the queues to get your kid the latest toy.

And that’s another thing – when you think about it, how many of these songs we hear every year from the end of November up until the big day actually feel like they were written from the heart? How many are honestly presenting a true and meaningful image of what Christmas is all about? The problem is, much like many of the cheap and tacky gifts you find in your crackers, these songs are so very fake and superficial; they simply gloss over the real importance of the Christmas period with a thin veneer of fabricated snow and pound shop tinsel. I don’t want to put a downer on Christmas songs in any way, they make people feel happy and jovial, but after years of listening to the same songs at Christmas, I think we can all admit that we have given into the ‘image’ and falsity of Christmas, rather than embracing its soul and sentiment.

The question that troubles most musicians as they sit down to write a Christmas song is probably: ‘How do I make this not sound cheesy and clichéd?”. Cue our artist, Jon McDevitt, whose slightly alternative take on a festive song comes from somewhere more whole-hearted and introspective. His track ‘Father Christmas’, penned by himself and co-writer, Dominic Hudson, addresses the feeling that the jolly man in the red velour outfit is somehow missing from Christmas these days. As to how and why, that is up to the listener to decide, as Jon notes. Is it because Christmas has become so commercialised that the ‘magic’ has been lost, for both kids and adults? Perhaps, but the beautiful thing about ‘Father Christmas’ is that it is actually invokes some thought on the occasion rather than just providing a backing track for the festivities.

Also, Jon has managed to find a sound that doesn’t necessarily sound like a Christmas song, and this is a good thing. Yes, the jingling bells are still there (just to remind you), but Jon employs a noodling electric guitar over some simple strummed chords that makes for folk-pop sounding track. On top of that, the violin in the background provides something a little different for a Christmas song and even gets its own solo half way through. Consequently, we are left with a Christmas song that is like no other. In fact, the intro would fit in easily with the work of bands such as The Coral.

When it comes to lyrics, McDevitt and Hudson have been very clever. Whilst the track is one that actually makes you think a bit, it is careful not to condemn Christmas with what some people find fault with. For example, the commercial side is referenced in the lines ‘The list of desires shouted so loud/ The flexing of the muscle’, but the song also aligns itself with some of the typical traditions that make Christmas what it is: ‘If there’s no snow at all/ We’ll still put in a call/ For some pantomime violence’. As a result, it appears McDevitt has struck the right balance, at least in content, for his Christmas song. Some of the expected features are there that make people feel joyful about the Christmas period, but the song also includes a sort of ‘But wait a minute’ moment in the chorus, helping people to think about what Christmas means to them.

You can listen to Jon’s ‘Father Christmas’ single here:

Obviously, here at Quite Great Music PR we are all hoping the best for Jon’s Christmas single that it finds the success it deserves. However, as was previously mentioned, writing a Christmas song is far from an easy task, yet it is a hugely fruitful one if you can find the perfect recipe. Everyone knows Slade’s classic ‘Merry Christmas Everybody’ which earned front-man, Noddy Holder, £800,000 in 2013 alone (Source:Telegraph). As you can see, writing an amazing Christmas song is the gift that literally keeps on giving; every year when Christmas comes around you’re guaranteed a big fat bonus that will more than likely keep you going until next year (Think Hugh Grant’s character in About a Boy who lives off the royalties from his Father’s one hit wonder Christmas song). It’s practically an annual lottery!