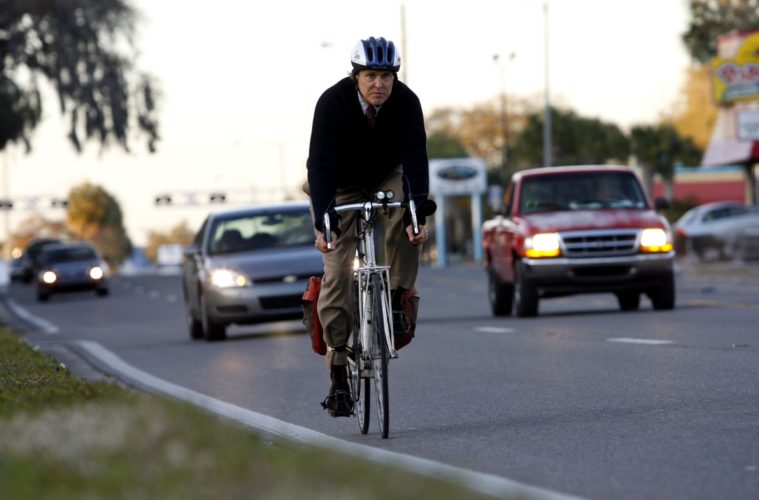 Biking to Work: Healthy or Deadly?

Even though cycling is considered to be one of the safest forms of transportation, there are also a lot of myths and rumors surrounding this activity. The “Bike to Work” season exists to celebrate the spirit of riding one’s bike to their work, thus reducing the environmental impacts of pollution causing cars as well as improving one’s health.

But is biking to work a completely healthy and safe choice? Or is there a fatal side to it that nobody seems to be paying attention to? The answer to these questions is probably more perplexing than what you’ve had in mind.

Is biking to work dangerous?

Safety is perhaps the biggest factor that’s keeping many people from traveling by bike to work. But if we were to answer this question with a “YES,” then we could buy the same line of reasoning that eating breakfast is dangerous since there is always a chance of you choking on a piece of Oatmeal. The fact is that biking isn’t any more dangerous than driving a motorized vehicle to work. Some even argue that it is a much safer alternative that brings both health to the ride and environmental benefits to the community.

Have there been bike accidents in the US recently? Yes, there have been quite a few accidents where bikers got hurt or severely injured, but it’s the same case for any other vehicle.

In 2013, National Highway Traffic Safety Administration published a report that showed 743 cyclists had been killed in accidents and an estimated 48,000 people were injured in crashes related to motor vehicles. While the number of casualties may sound high, considering only 1% of commuters in the US travel by bike, a total of 4735 pedestrians were killed in the same year.

The good news is that people are slowly getting used to the idea of commuting by bike, because of which bike commuting has grown by 62% nationwide from the year 2000 to 2014. Bike paths and protected bike lanes are also making commutes safer and easier in both cities and suburbs.

If that was not enough, personal injury lawyers like Abels and Annes have sworn to bring justice to those who have suffered from injuries due to the negligence of other riders are pedestrians. Now, there is no reason to believe that riding your bike to work is fatal than taking any other form of commute.

Even though we discussed mostly the positives of riding one’s bike to work, the grim side of reality can also paint a darker picture if you’re not careful. One of the most common injuries that cyclists suffer happens to their head or face. So, always wear helmets that are properly fitting and keep your eyes and ears on the road when you ride.

Studies have repeatedly shown that helmets significantly reduce the chance of suffering severe injury or death in the case of an accident. But despite the benefits, only a small percentage of riders wear it. Don’t be among these people; be safe always.